This article originally appeared on bizjournals.com

As Wegmans preps to open its first North Carolina store on Wake Forest Road in Raleigh, retail spots around the superstore location are trading at a fast clip.

Two Raleigh properties at the corner of Six Forks and Wake Forest roads – that include three eateries, a workout club, a paint store and a car rental business – has been sold for about $11 million.

On the corner sits an Applebee’s Grill & Bar with a Jimmy John’s sandwich shop and a Papa John’s pizza next to it in a building that includes a Benjamin Moore paint store. Behind a parking lot with well more than 200 spaces is a Life Time Fitness and an Enterprise Rent-A-Car.

Ram Realty Advisors, with its Charlotte office registered with the N.C. Secretary of State’s office, purchased the properties from JG Investments, which is the official entity of Davidson & Jones Corp. of Raleigh. Ram Realty’s home office is in Palm Beach Gardens, Fl.

The nine acre-plus sites were part of the Seby Jones Revocable Trust. Jones was a local businessman who served as mayor of Raleigh from 1969-1971 and co-founded Davidson and Jones.

As construction at Wegmans has ramped up at the site, development on adjacent properties has gained steam. In November, Loden Properties and Summit Hospitality Group bought a neighboring parcel for $3.149 million and is working on a 6-story Hampton Inn & Suites, expected to be complete in the first quarter of 2020. 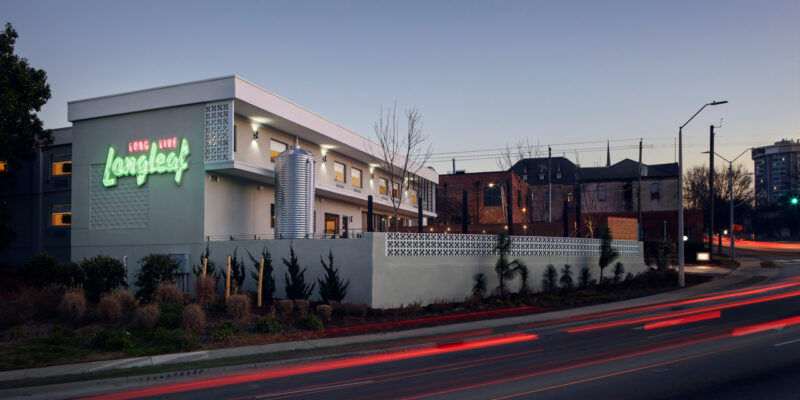 This article originally appeared on newsobserver.com

The Days Inn motor-lodge sits like an exit sign on the way out of downtown Raleigh, sandwiched between the old and the new.

The aging hotel will soon be the latest target of redevelopment, becoming the Longleaf Hotel, a 57-room boutique hotel. There will also be an adjoining restaurant called (ish) Delicatessen at Longleaf.

Raleigh development group Loden Properties bought the .75-acre hotel property for $5 million, according to Wake County property records, plus another $1.5 million for the neighboring restaurant parcel. Loden Properties is owned by Russ Jones and Henry Ward, who teamed with investors Michael and Andrew Sandman.

Jones, a native of Raleigh, said he has been interested in this property for a long time.

“I have been looking at this property for about 10 to 15 years and have chased it, although not in a very aggressive way, and tried to contact the owner in the past. We finally made contact late last spring,” Jones said.

The Days Inn closed in mid-December, one of the last vestiges of an old Raleigh, sandwiched between the redevelopment of Peace Street and the daily changes of downtown.

Loden Properties has developed several hotels throughout the Triangle and manages them through its related Davidson and Jones Hotel Corp. The company currently manages the Sheraton Imperial Hotel in Durham, The Aloft hotel in downtown Durham and the Hampton Inn and Suites on Wake Forest Road in Raleigh.

The new restaurant, (ish) Delicatessen, is from Matt Fern, a veteran of Raleigh’s food and beverage scene, who was the longtime beverage director of Ashley Christensen’s AC Restaurants. Fern left the restaurant group in 2016 with plans to open the deli, but the project was held up until now, he said.

To explain the name (ish), Fern said in an interview, “It’s a play on Jewish, sort of Italian, sort of Jewish deli.

“Delicatessen is such a strong word,” he added. “We all think we know what it means, we all have different deli experiences growing up.

“We want it to be something really informal and playful, allowing us a lot of creative freedoms, but to be able to riff on the classic deli dishes and be able to throw the South into the mix as well.”

The deli will be built in a stand-alone building next to the hotel, formerly the NC Deli. Fern plans to offer breakfast, lunch and dinner service.

Jones said it was “integral” that the Longleaf have a great food and beverage offering to be a viable hotel. The inside of the hotel will also have a bar called the Longleaf Lounge.

“I don’t think independent hotels at the quality level we are bringing survive without a dynamic food and beverage program,” Jones said. “At a typical select hotel 90 percent (of revenue) comes from rooms. At a vibrant, boutique hotel it can drop to a ratio of 60/40 rooms to food or even 50/50.”

The Day’s Inn won’t be razed in the conversion to Longleaf Hotel, Fern said, but will require an extensive renovation, taking it all back to bare walls. Contractors estimate it will take around nine months, he said.

The boutique hotel bug has bitten the Triangle in the last few years, with The Durham Hotel, the 21c Museum Hotel and the Unscripted opening in downtown Durham within a block of each other.

Earlier this year, singer Tift Merritt and hotel developer Daniel Robinson bought the old Gables Motel Lodge in Raleigh with plans to renovate and reopen it. Elsewhere in downtown, a handful of other hotels are in the works, accompanied by new restaurants and mixed use projects, making up a downtown building boom.

Jones said he thinks there is a lot of demand for unique hotel offerings in Raleigh. Compared to some other cities, such as Austin and Nashville, Raleigh’s boutique hotel scene has lagged behind, he added.

“On some level we are competing with all of the product in the market … We are going after the experiential traveler,” he said.

Jones said he has traveled across the country looking at similar projects.

He called the price tag for the two properties “stout,” but noted that Raleigh now has the attention of investors from all over the country.

“Five years ago would have been an even better (time to buy), but now anytime is good timing for core downtown real estate,” Jones said. “Probably now more than ever, this area is coming into its own. People probably don’t understand how close you are to the museum and Glenwood South, which might have felt disconnected three years ago, but you see what is happening with Smokey Hollow and you realize it’s only two blocks away.”

Loden has invested heavily in the northern section of downtown in the past year. Last year, the company bought the declining Gateway Plaza Shopping Center off Capital Boulevard, with plans to renovate the aging buildings and make it more attractive to restaurants, coffee shops and other retailers.

“We see this whole northern (section of downtown)as overlooked,” Jones said. “I mean it is a government office area, so no wonder it has felt isolated.” 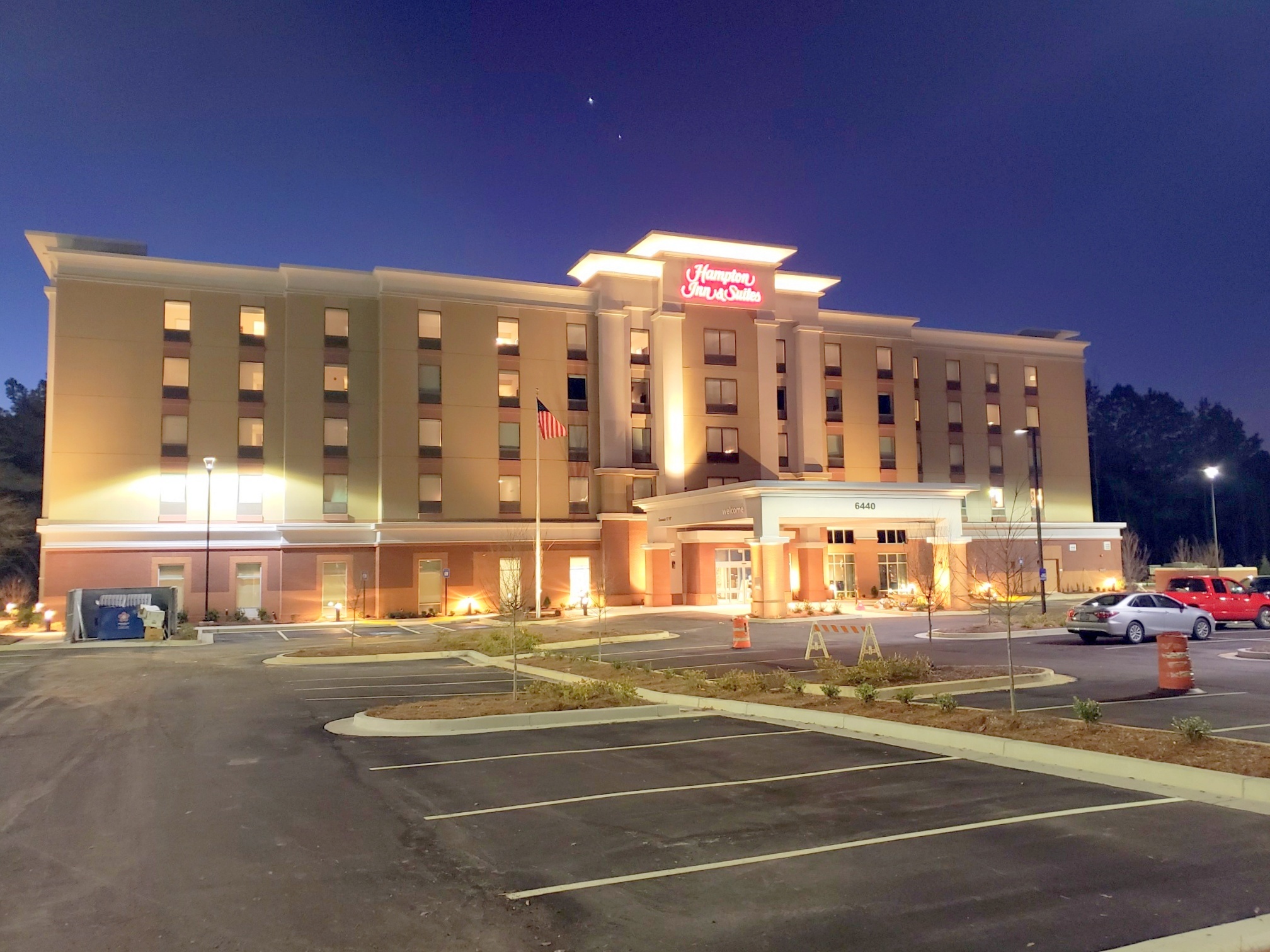 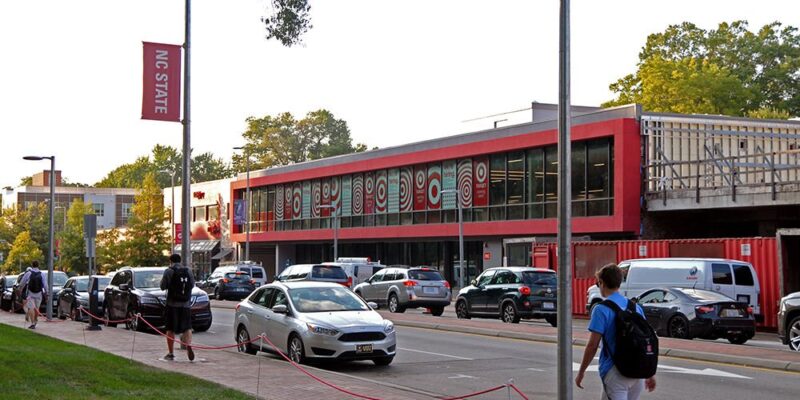 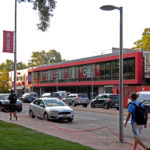 The New Unscripted Hotel in Durham, NC is completed and is an awesome addition to Downtown Durham. A fully renovated 1970’s era ‘Jack Tar’ hotel into a new hip urban gathering spot. 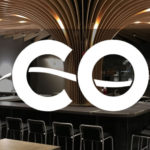 The new Hampton Inn, Kennesaw, GA is open and ready for guests. This 100 room, seven story property was designed with modern interiors and state of the art services, and one really cool indoor pool.

A brand new “Salon” and pet supply store is coming to Lumberton, NC. The brand new Petsense is getting ready to make a debut. Keep your eye out for this Lumberton. 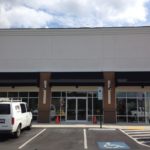 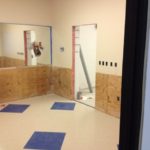 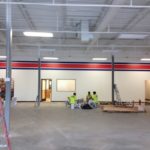 The new Hampton Inn in Kennesaw, Georgia is well underway. 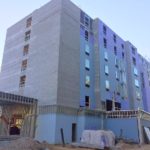 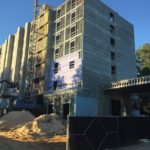 The renovation on the old Brookwood Inn into a new sleek Cambria is well underway and adding some color to the Durham skyline. 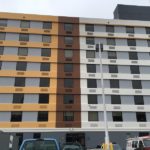 Progress is coming on the new Caliber Collision in Apex, NC. 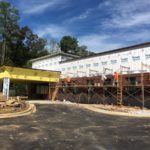 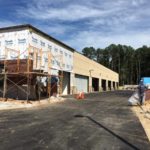 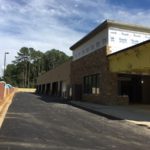 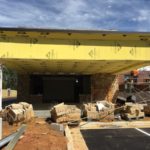 The new Residence Inn on West Main Street in Durham, NC is now complete. This property spans an entire City block and has kept the Historic look of the old McPherson Hospital building which is depicted by the center section  in the photo below highlighted in the middle with the white columns. 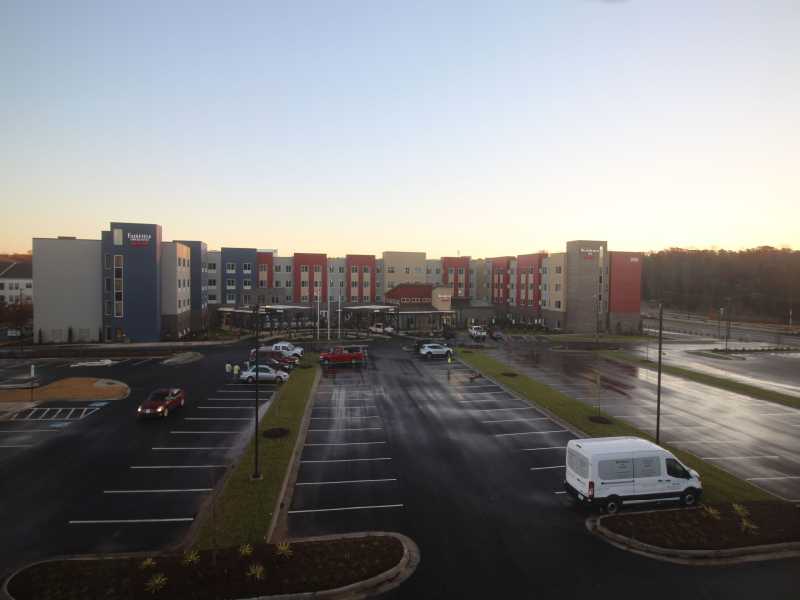 The Alfot Hotel in Durham, NC adjacent to the Durham Performing Arts Center is now complete and what a grand property it is. A great Urban addition to Downtown Durham.